Version 5.1
How To
Documentation
Learn More

The Synonym Detection feature generates pairs of synonyms and pairs of similar queries. Two words are considered potential synonyms when they are used in a similar context in similar queries. When synonym detection is enabled, a query that contains a matching term is expanded to include all of its synonyms, with the original term boosted by a factor of two.

Synonyms are applied in the Text Tagger stage of the query pipeline.

The Synonym and Similar Queries Detection job automatically creates synonym pairs based on your AI-generated data. When you navigate to Relevance > Query Rewriting > Synonym Detection, you can review or edit the output from the job and manually add new synonym pairs. Your changes remain in the _query_rewrite_staging collection until you publish them. 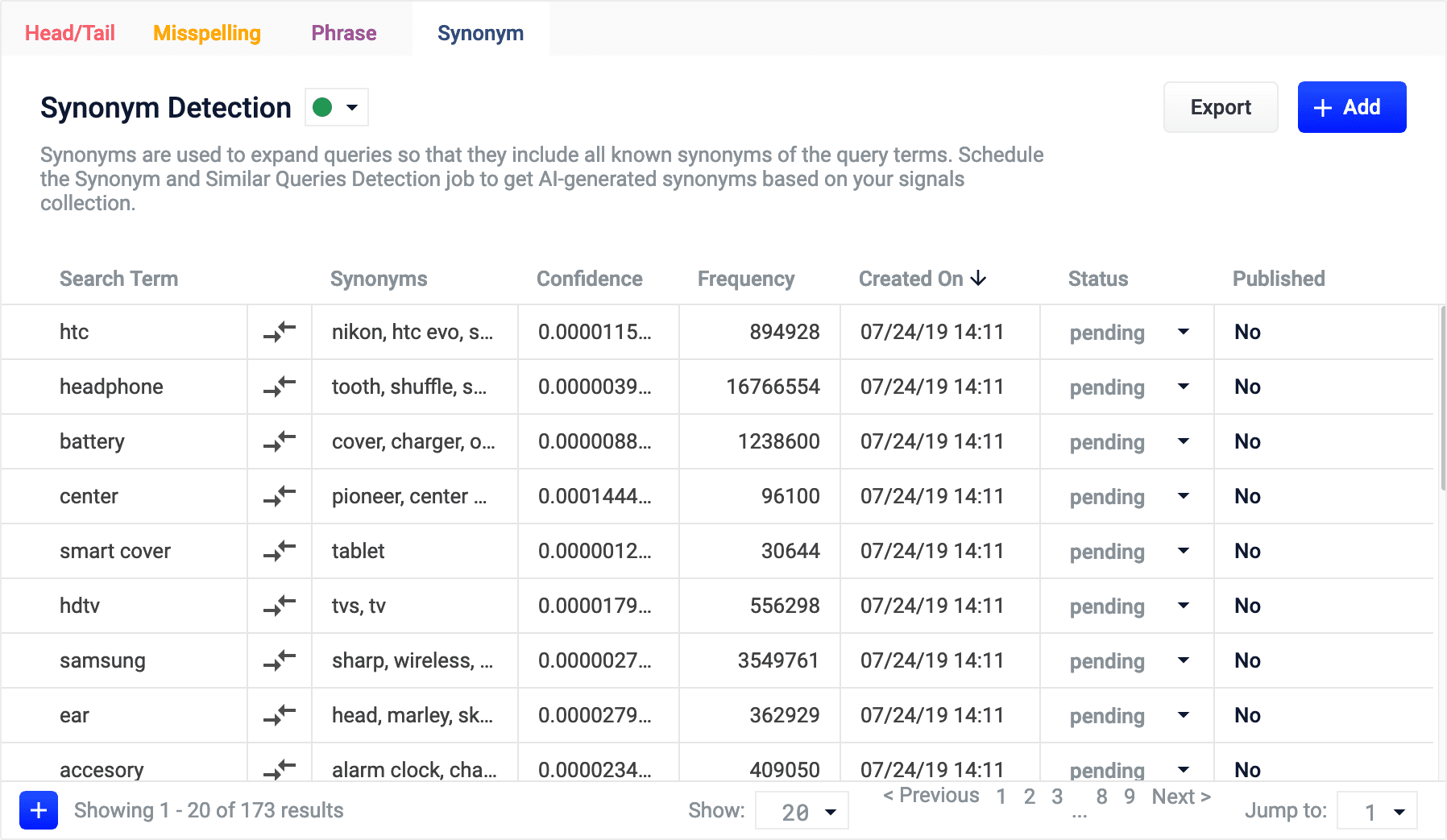 When you edit or create a synonym pair, you can configure its directionality, either uni-directional or bi-directional.

icon next to the synonym pair, then click the directionality icon: