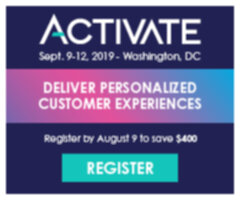 Every update request received by Solr is run through a chain of plugins known as Update Request Processors, or URPs.

This can be useful, for example, to add a field to the document being indexed; to change the value of a particular field; or to drop an update if the incoming document doesn’t fulfill certain criteria. In fact, a surprisingly large number of features in Solr are implemented as Update Processors and therefore it is necessary to understand how such plugins work and where are they configured.

Every update request processor chain is constructed during loading of a Solr core and cached until the core is unloaded. Each UpdateRequestProcessorFactory specified in the chain is also instantiated and initialized with configuration that may have been specified in solrconfig.xml.

When an update request is received by Solr, it looks up the update chain to be used for this request. A new instance of each UpdateRequestProcessor specified in the chain is created using the corresponding factory. The update request is parsed into corresponding {solr-javadocs}/solr-core/org/apache/solr/update/UpdateCommand.html[UpdateCommand] objects which are run through the chain. Each UpdateRequestProcessor instance is responsible for invoking the next plugin in the chain. It can choose to short circuit the chain by not invoking the next processor and even abort further processing by throwing an exception.

The following example demonstrates how a custom chain can be configured inside solrconfig.xml.

Update request processors can also be configured independent of a chain in solrconfig.xml.

In this case, an instance of SignatureUpdateProcessorFactory is configured with the name "signature" and a RemoveBlankFieldUpdateProcessorFactory is defined with the name "remove_blanks". Once the above has been specified in solrconfig.xml, we can be refer to them in update request processor chains in solrconfig.xml as follows:

In a single node, stand-alone Solr, each update is run through all the update processors in a chain exactly once. But the behavior of update request processors in SolrCloud deserves special consideration.

A critical SolrCloud functionality is the routing and distributing of requests. For update requests this routing is implemented by the DistributedUpdateRequestProcessor, and this processor is given a special status by Solr due to its important function.

In the previous section, we saw that the updateRequestProcessorChain was configured with processor="remove_blanks, signature". This means that such processors are of the #1 kind and are run only on the forwarding nodes. Similarly, we can configure them as the #2 kind by specifying with the attribute "post-processor" as follows:

However executing a processor only on the forwarding nodes is a great way of distributing an expensive computation such as de-duplication across a SolrCloud cluster by sending requests randomly via a load balancer. Otherwise the expensive computation is repeated on both the leader and replica nodes.

If the AtomicUpdateProcessorFactory is in the update chain before the DistributedUpdateProcessor, the incoming document to the chain will be a partial document.

Because DistributedUpdateProcessor is responsible for processing Atomic Updates into full documents on the leader node, this means that pre-processors which are executed only on the forwarding nodes can only operate on the partial document. If you have a processor which must process a full document then the only choice is to specify it as a post-processor.

The update.chain parameter can be used in any update request to choose a custom chain which has been configured in solrconfig.xml. For example, in order to choose the "dedupe" chain described in a previous section, one can issue the following request:

The above should dedupe the two identical documents and index only one of them.

We can dynamically construct a custom update request processor chain using the processor and post-processor request parameters. Multiple processors can be specified as a comma-separated value for these two parameters. For example:

Configuring a Custom Chain as a Default

We can also specify a custom chain to be used by default for all requests sent to specific update handlers instead of specifying the names in request parameters for each request.

This can be done by adding either "update.chain" or "processor" and "post-processor" as default parameter for a given path which can be done either via initParams or by adding them in a "defaults" section which is supported by all request handlers.

The following is an initParam defined in the schemaless configuration which applies a custom update chain to all request handlers starting with "/update/".

Alternately, one can achieve a similar effect using the "defaults" as shown in the example below:

What follows are brief descriptions of the currently available update request processors. An UpdateRequestProcessorFactory can be integrated into an update chain in solrconfig.xml as necessary. You are strongly urged to examine the Javadocs for these classes; these descriptions are abridged snippets taken for the most part from the Javadocs.

This processor will dynamically add fields to the schema if an input document contains one or more fields that don’t match any field or dynamic field in the schema.

This processor will convert conventional field-value documents to atomic update documents. This processor can be used at runtime (without defining it in solrconfig.xml), see the section AtomicUpdateProcessorFactory below.

Clones the values found in any matching source field into the configured dest field.

A simple processor that adds a default value to any document which does not already have a value in fieldName.

This Factory generates an UpdateProcessor that helps to enforce version constraints on documents based on per-document version numbers using a configured name of a versionField.

Allows you to ignore commit and/or optimize requests from client applications when running in SolrCloud mode, for more information, see: Shards and Indexing Data in SolrCloud

Clones the values found in any matching source field into the configured dest field.

A processor which will match content of "inputField" against regular expressions found in "boostFilename", and if it matches will return the corresponding boost value from the file and output this to "boostField" as a double value.

Uses a defined set of fields to generate a hash "signature" for the document. Useful for only indexing one copy of "similar" documents.

An update request processor factory that enables the use of update processors implemented as scripts.

Allows adding new fields to documents based on a template pattern. This update processor can also be used at runtime (without defining it in solrconfig.xml), see the section TemplateUpdateProcessorFactory below.

An update processor that adds a newly generated date value of "NOW" to any document being added that does not already have a value in the specified field.

Update processor which examines a URL and outputs to various other fields with characteristics of that URL, including length, number of path levels, whether it is a top level URL (levels==0), whether it looks like a landing/index page, a canonical representation of the URL (e.g., stripping index.html), the domain and path parts of the URL, etc.

An update processor that adds a newly generated UUID value to any document being added that does not already have a value in the specified field. This processor can also be used at runtime (without defining it in solrconfig.xml), see the section UUIDUpdateProcessorFactory below.

These factories all provide functionality to modify fields in a document as they’re being indexed. When using any of these factories, please consult the {solr-javadocs}/solr-core/org/apache/solr/update/processor/FieldMutatingUpdateProcessorFactory.html[FieldMutatingUpdateProcessorFactory javadocs] for details on the common options they all support for configuring which fields are modified.

Replaces any list of values for a field matching the specified conditions with the the count of the number of values for that field.

Replaces any CharSequence values found in fields matching the specified conditions with the lengths of those CharSequences (as an Integer).

Keeps only the first value of fields matching the specified conditions.

Strips all HTML Markup in any CharSequence values found in fields matching the specified conditions.

Ignores and removes fields matching the specified conditions from any document being added to the index.

Keeps only the last value of fields matching the specified conditions.

An update processor that keeps only the the maximum value from any selected fields where multiple values are found.

An update processor that keeps only the the minimum value from any selected fields where multiple values are found.

Attempts to mutate selected fields that have only CharSequence-typed values into Boolean values.

Attempts to mutate selected fields that have only CharSequence-typed values into Solr date values.

Attempts to mutate selected fields that have only CharSequence-typed values into Double values.

Attempts to mutate selected fields that have only CharSequence-typed values into Float values.

Attempts to mutate selected fields that have only CharSequence-typed values into Integer values.

Attempts to mutate selected fields that have only CharSequence-typed values into Long values.

An update processor that parses configured fields of any document being added using PreAnalyzedField with the configured format parser.

An updated processor that applies a configured regex to any CharSequence values found in the selected fields, and replaces any matches with the configured replacement string.

Removes any values found which are CharSequence with a length of 0 (i.e., empty strings).

Trims leading and trailing whitespace from any CharSequence values found in fields matching the specified conditions.

Truncates any CharSequence values found in fields matching the specified conditions to a maximum character length.

Update Processor Factories That Can Be Loaded as Plugins

These processors are included in Solr releases as "contribs", and require additional jars loaded at runtime. See the README files associated with each contrib for details:

Identifies the language of a set of input fields using http://code.google.com/p/language-detection.

Identifies the language of a set of input fields using Tika’s LanguageIdentifier.

Update document(s) to be indexed with UIMA extracted information.

Update Processor Factories You Should Not Modify or Remove

These are listed for completeness, but are part of the Solr infrastructure, particularly SolrCloud. Other than insuring you do not remove them when modifying the update request handlers (or any copies you make), you will rarely, if ever, need to change these.

Used to distribute updates to all necessary nodes.

An alternative No-Op implementation of DistributingUpdateProcessorFactory that always returns null. Designed for experts who want to bypass distributed updates and use their own custom update logic.

A logging processor. This keeps track of all commands that have passed through the chain and prints them on finish().

Update Processors That Can Be Used at Runtime

These Update processors do not need any configuration in solrconfig.xml. They are automatically initialized when their name is added to the processor parameter sent with an update request. Multiple processors can be used by appending multiple processor names separated by commas.

The AtomicUpdateProcessorFactory is used to atomically update documents.

Use the parameter processor=atomic to invoke it. Use it to convert your normal update operations to atomic update operations. This is particularly useful when you use endpoints such as /update/csv or /update/json/docs which does not otherwise have a syntax for atomic operations.

The above parameters convert a normal update operation in the following ways:

The TemplateUpdateProcessorFactory can be used to add new fields to documents based on a template pattern.

Use the parameter processor=template to use it. The template parameter template.field (multivalued) defines the field to add and the pattern. Templates may contain placeholders which refer to other fields in the document. You can have multiple Template.field parameters in a single request.

The above example would add a new field to the document called fullName. The fields firstName and lastName are supplied from the document fields. If either of them is missing, that part is replaced with an empty string. If those fields are multi-valued, only the first value is used.

The UUIDUpdateProcessorFactory is used to add generated UUIDs to documents.

Use the parameter processor=uuid to invoke it. You will also need to specify the field where the UUID will be added with the uuid.fieldName parameter.