Looking for the old site?

How To
Documentation
Learn More

Queries-for-query recommendations are queries performed by other users who also performed the current query. For example, when a user searches for "madonna", your app may also suggest searches for "evita", "a league of their own", "lady gaga", and so on.

The "Suggested Searches" shown below are one example of queries-for-query recommendations: 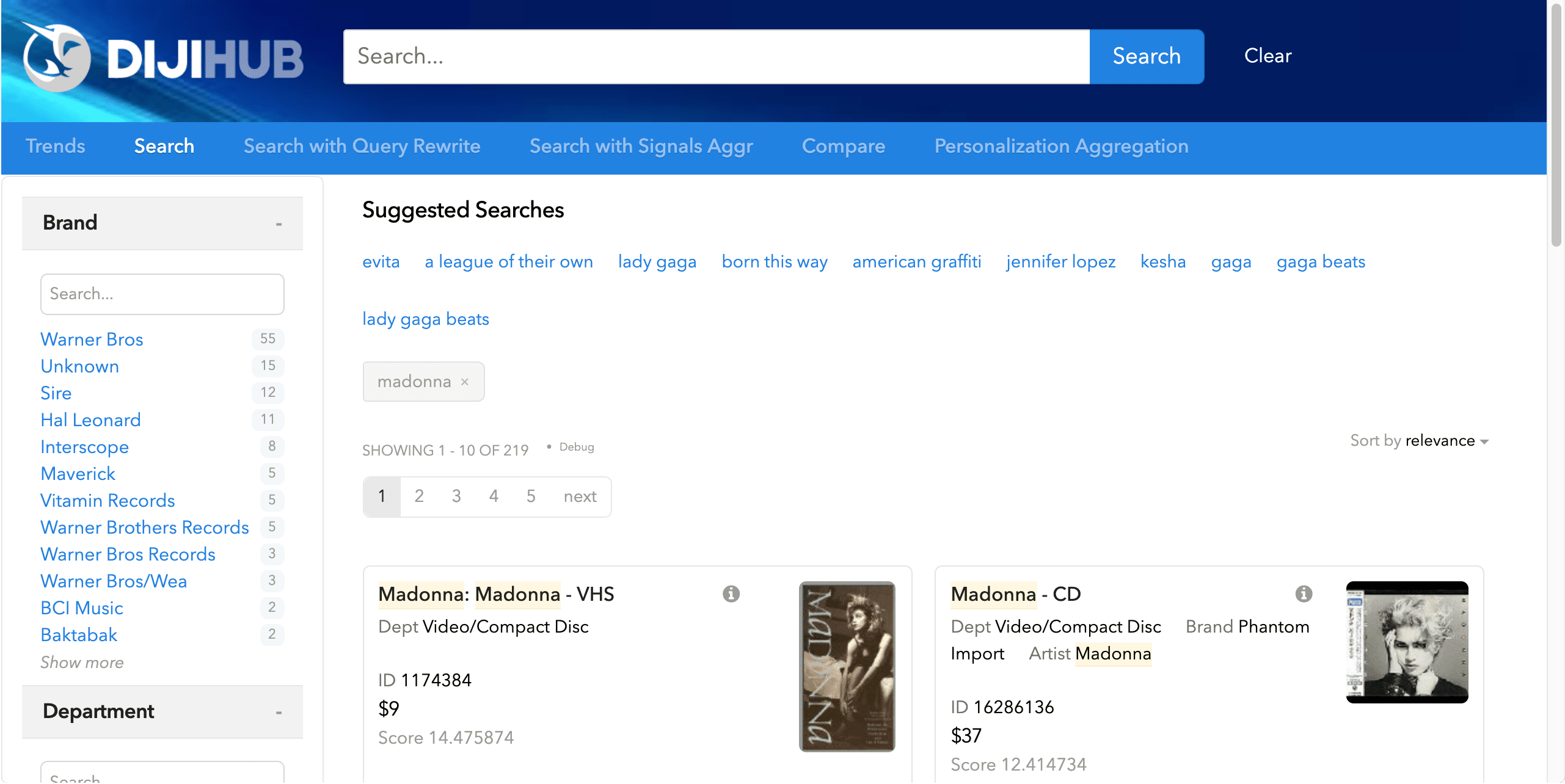 The job generates two sets of recommendations based on the two approaches described below, then merges and de-duplicates them to present unique query-recommender pairs.

A default Query-to-Query Session-Based Similarity job (<collection>_query_recs) and a dedicated collection and pipeline are created when you enable recommendations for a collection.

At a minimum, you must configure these:

Generally if a query and recommendation has some token overlap, then they’re closely related and we want to highlight these. Therefore, query-recommendation pair similarity scores can be boosted based on token overlap. This overlap is calculated in terms of the number or fractions of tokens that overlap.

For example, consider the pair (“a red polo shirt”, “red polo”). If the minimum match parameter is set to 1, then there should be 1 token in common. For this example there is 1 token in common and therefore it is boosted. If it is set to 0.5, then at least half of the tokens from the shorter string (in terms of space separated tokens) should match. Here, the shorter string is “red polo” which is 2 tokens long. Therefore, to satisfy the boosting requirement, at least 1 token should match.

These tuning tips pertain to the advanced Model Tuning Parameters:

The following fields are stored in the <collection>_queries_query_recs collection:

When you enable recommendations, a default query pipeline, <collection>_queries_query_recs. is created.